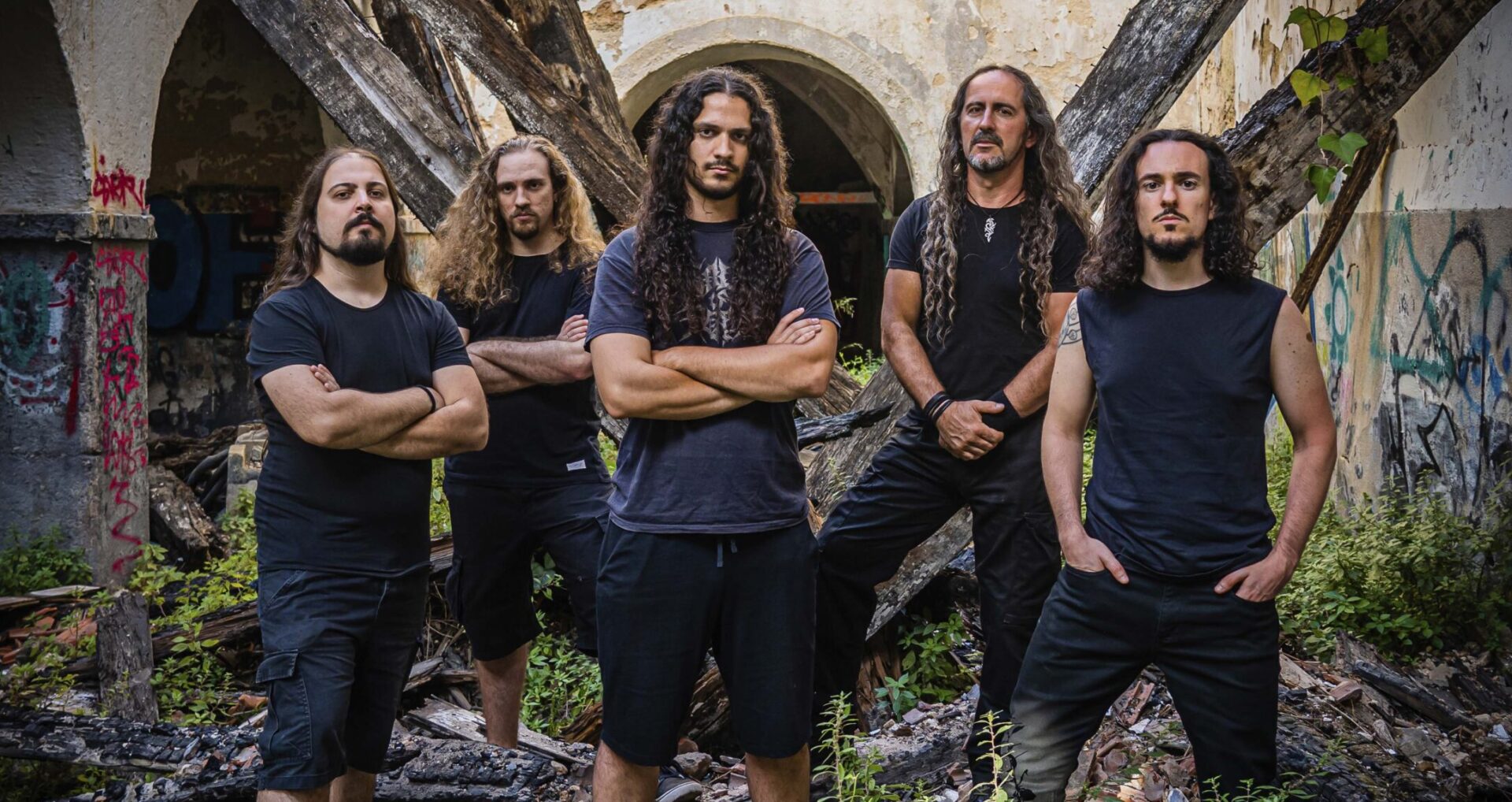 RAGEFUL is a Death Metal band from Lisbon (Portugal), initially formed in 2011, under the name “WALL OF DEATH”.
Between 2012 and 2014 the band did a lot of live shows all over the country and released two EP’s (“[Dis]Illusion” on 2013 and “Dementia Enhances Understanding” on 2014).
In the beginning of 2015 there were big changes in the line-up, but the band continued actively doing live performances of the latest release, until the end of 2015.
Under the “Wall of Death” name, the band performed live all around Portugal with many bands, such as Cancer (UK), Claustrofobia (BR), Bleeding Display, Neoplasmah, Analepsy or Theriomorphic.
Later in 2016, yet due to that line-up changes, and also because of some musical changes, the band decided to change our name to “RAGEFUL”, marking the beginning of a new era, and of a more mature sonority.
With 4 years under composition and production, the debut record named “INEPTITUDE” was released in September 2020, bringing a new fresh air to the underground Old School Death Metal scene in Portugal.RAGEFUL is Leonardo Bertão (vocals), Paulo Soares (drums), João Arcanjo (bass), Cláudio Santos and Ricardo Pato (guitars).

Claudio Santos, born in 73 is a self-taught Guitar player who, at the age of 20, and with less than one year’s practice, started his first band Immunity.Dedicating all his spare time to guitar, he kept honing his skills, exploring and evolving them over time.
Around 1997 he came up with a new project called Sannedrin…which would later become an old school technical death metal band.
Over the years he joined some of the most popular bands in Portugal, for example, Theriomorphic (Beast Brigade), Desire (Locus Horrendus), Blacksunrise (still participating on the Oceanic album and Tour) Ciborium, FantasyOpus and a few others…
Suffering a severe work accident on 30th December 2015, he was forced to take a temporary hiatus from music for a couple of years while he recovered, garnering the full support of RAGEFUL’s bandmates’ who stuck by him through the worst times of his life.
With his skills still not fully recovered, and with the help of a friend (Paulo André Soares) he was finally able to record RAGEFUL’s Debut album “Ineptitude”.
Nowadays, he’s adapted his playing to his new reality and has kept pursuing his dreams and passion: MUSIC. Currently, he’s looking forward to the time when he’ll be able to perform, once again, live on stage…

Arcanjo was born in 1987 to be a bass player. Mainely influenced by his father’s Progressive/Hard Rock CDs collection, Arcanjo started to play air bass in his childhood even before knowing what a bass guitar was. At 17 years old received his first bass as a gift from his grandmother. Always been a self-taught musician in a prehistoric era before Youtube. Between 2008 and 2012 served Darkside of Innocence as bass player, releasing a record and a single along the way. In 2015, found a sweet spot in the creative process by joining Wall of Death (now Rageful). During 2017 was also Adamantine session bass player. Besides music, he is highly interested in music video directing and woodworking.

Born in 1994, Leonardo has no other information available.

Paulo is an old-school metalhead, known in the underground Portuguese metal scene for his work as a drummer and producer in some local bands such as RAGEFUL (formerly WALL OF DEATH) and TORN FABRIKS, but he is also a skilled multi-instrumentalist/vocalist who have been doing some side solo stuff and studio collaborations with other musicians/producers around the world, performing and recording/mixing from his own project studio known as OLDSKULL SOUND STUDIOS.

Started his journey on music by learning how to play the guitar at the age of 12. When he was 21 he joined the band, now under the name Rageful.His major influences in the guitar is melodic death metal, but Pink Floyd is his favorite band.